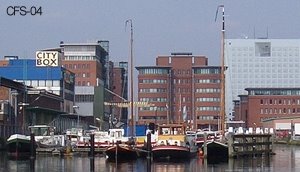 After designing the tram tunnel and Netherlands Dance Theatre for The Hague, Rem Koolhaas and OMA embark on a mega project in the residential Dutch city. Chosen out of three competing firms, the Office of Metropolitan Architecture will give new life to the old industrial area called Binckhorst.
Projected changes include revamping of the Brinckhorstlaan into the Champs Elysées of the North. 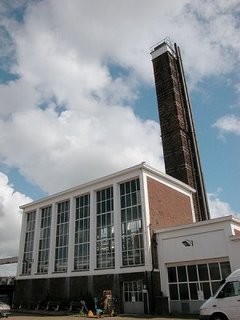 Existing landmarks on the ±250 acres are the former Caballero Factory, a wind mill, cemeterySint Barbara, a harbor and a castle Kasteel Binckhorst.

The Binckhorst will become a residential area with 4500 - 5000 homes of which 30% will be social- or subsidized housing.

The plans for the area, which will be presented in October of 2006, will include office space, restaurants, cafes, shops and other facilities which will stimulate job possibilities within the neighborhood. At the moment 1100 people work at Binckhorst, the projected number for 2025 is 15,000 according to the advice by Houthoff Burumawhich was published in March of this year.
Posted by Judith van Praag at 5:09 AM